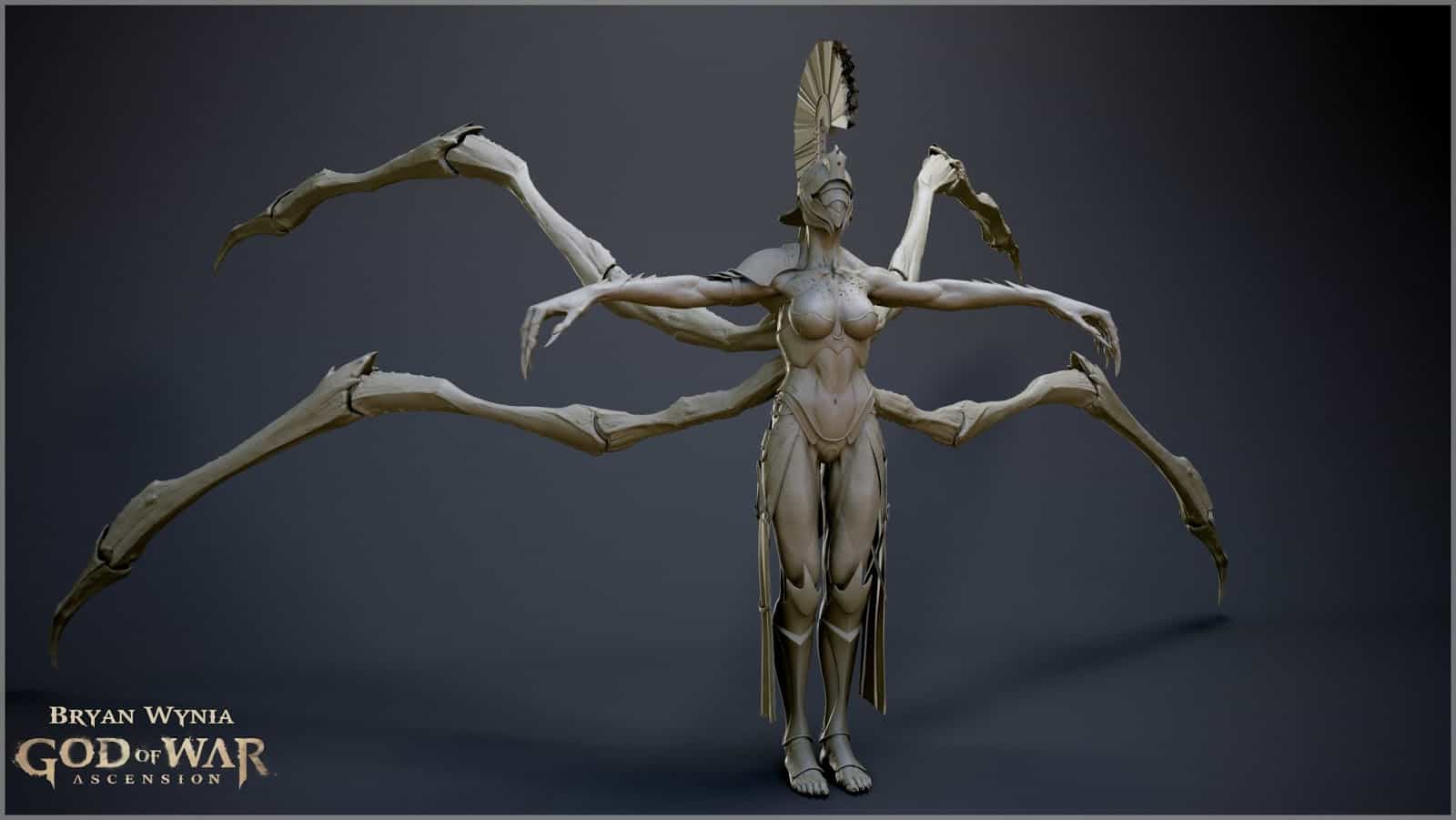 God Of War: Ascension is the latest installment in the God of War series, featuring the always angry protagonist, Kratos. In this game Kratos fight  the Furies whose plan to overthrow Mount Olympus together with Ares. The action adventure series developed by Sony Santa Monica, one of Sony’s first party studios, and is a Sony Playstation 3 exclusive game. It is the first God of War game that brings multiplayer component.

The game feature series of awesome character, from the protagonist Kratos, to the highly detailed Cyclops. These characters are brought to life by Sony Santa Monica’s character artists, one of them are Bryan Wynia. As a senior character artist, Bryan responsible to some of the important characters in the game including Calliope, Kratos’s daughter. Before Sony Santa Monica, Bryan works for Naughty Dogs, the developer of Uncharted series, he also worked for Gentle Giant working on digital sculpting for various CG purpose.