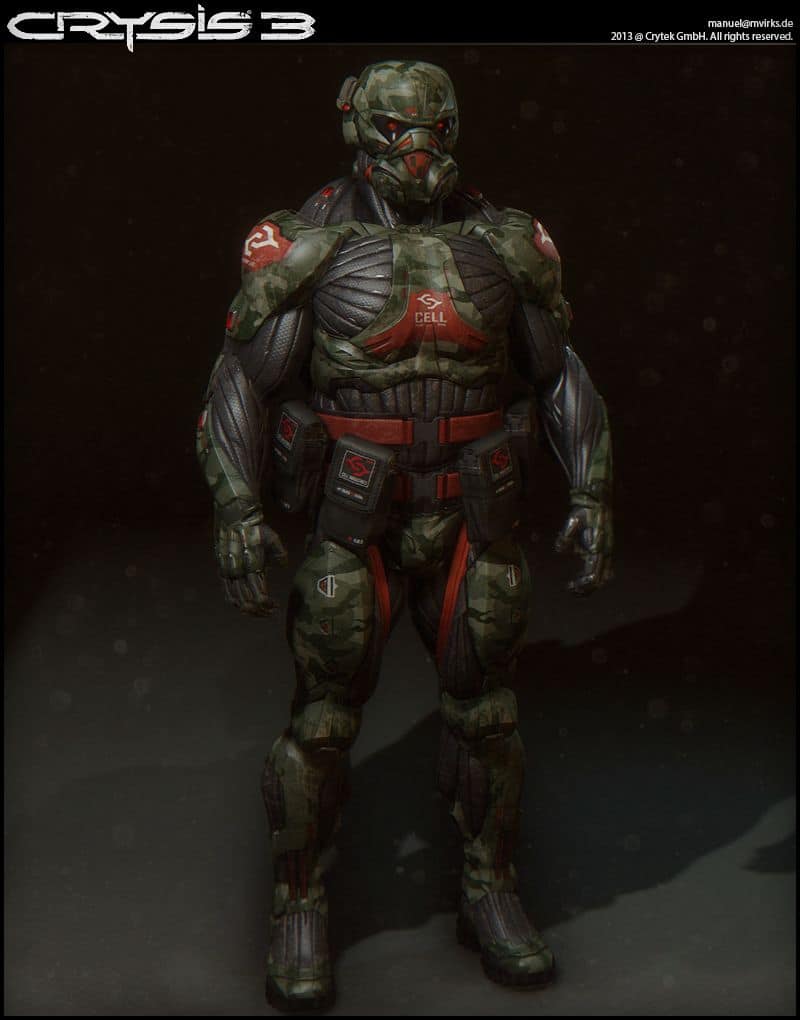 Crysis 3 the latest installment of the series made by Crytek has just been released and the reception so far has been very positive. Crysis series very well known for their cutting edge graphics with awesome characters, weapon, vehicles and environment, all well executed by the artists at Crytek.

One of the most important aspect of the game is the character, these cg human and alien are created by some of the most talented artist in the world. Manuel Virks is one of the artist responsible for the myriads of characters in Crysis 3,  he’s responsible for Prophet, Psycho and Rash, all kick ass and well executed. Manuel has been working for Crytek since 2009 as a Senior Environment Artist, and become Senior Character Artist at 2011. He have worked on many Crytek titles such as Crysis 2, Ryse (not released yet) and the latest Crysis 3.

Before at Crytek Manuel Virks been working at Splash Damage as environment artist for Brink, also 2D/3D Artist at Cranberry Production working on Black Mirror 2 and Mata Hari.