Passion Republic is an outsourcing company based in Kuala Lumpur, Malaysia. The studio specializes in digital content creation such as creative direction, making game cinematics, next gen video game character, to asset creation and animation.

Passion Republic have worked for many well known companies all over the world, such as Activision, Microsoft, Sega, Rocksteady, etc. One of their work are for Batman: Arkham Knight, a super hero action game by Rocksteady Studios, check out various 3d model made by Passion Republic for the game. 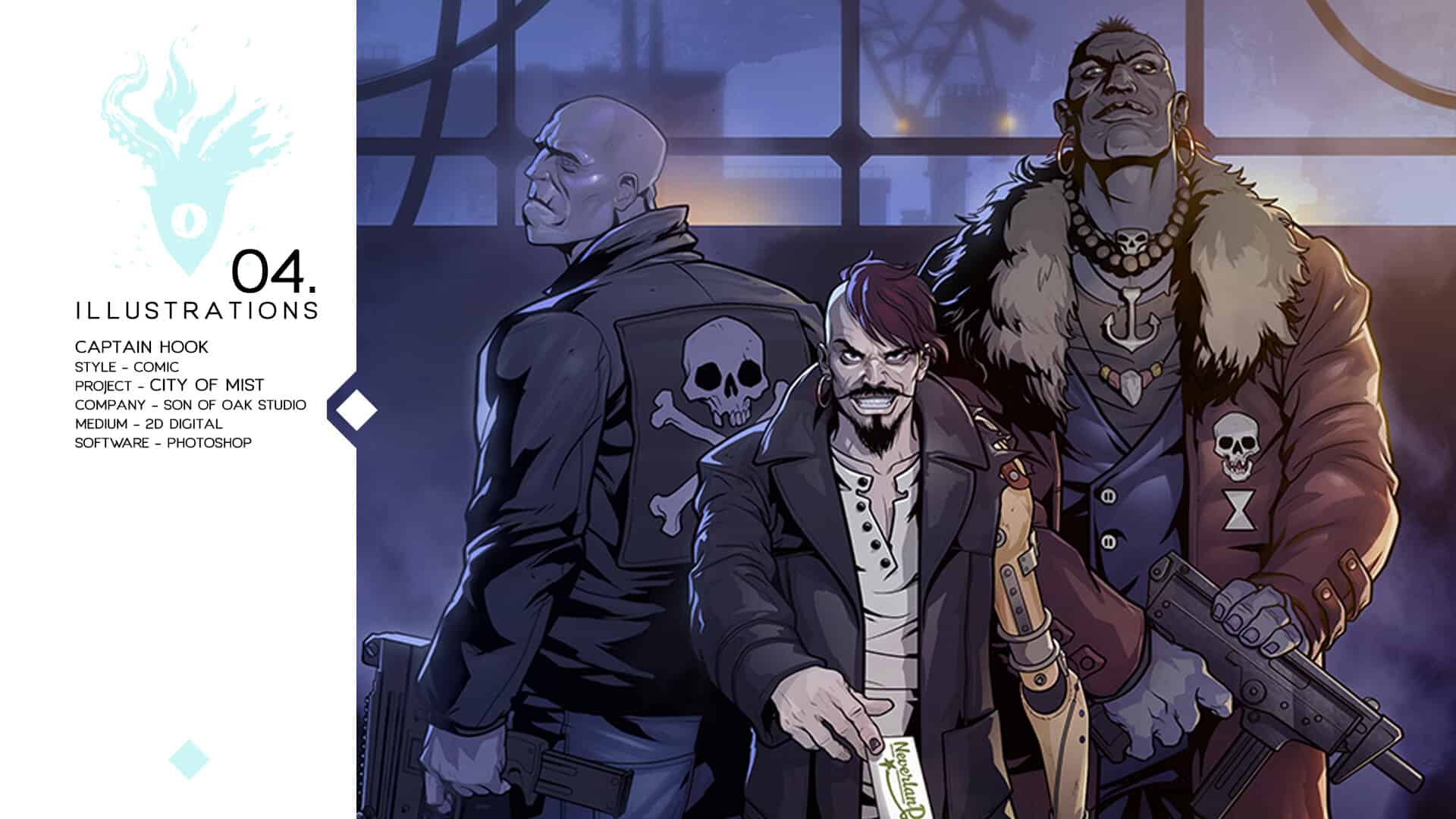 Monsters Pit is a creative studio based in Madrid, Spain that provides outstanding artwork for many clients within the film, video game, advertising and publishing industries. Their creative services include high standard concept art, key art, illustration, art direction and marketing imagery. 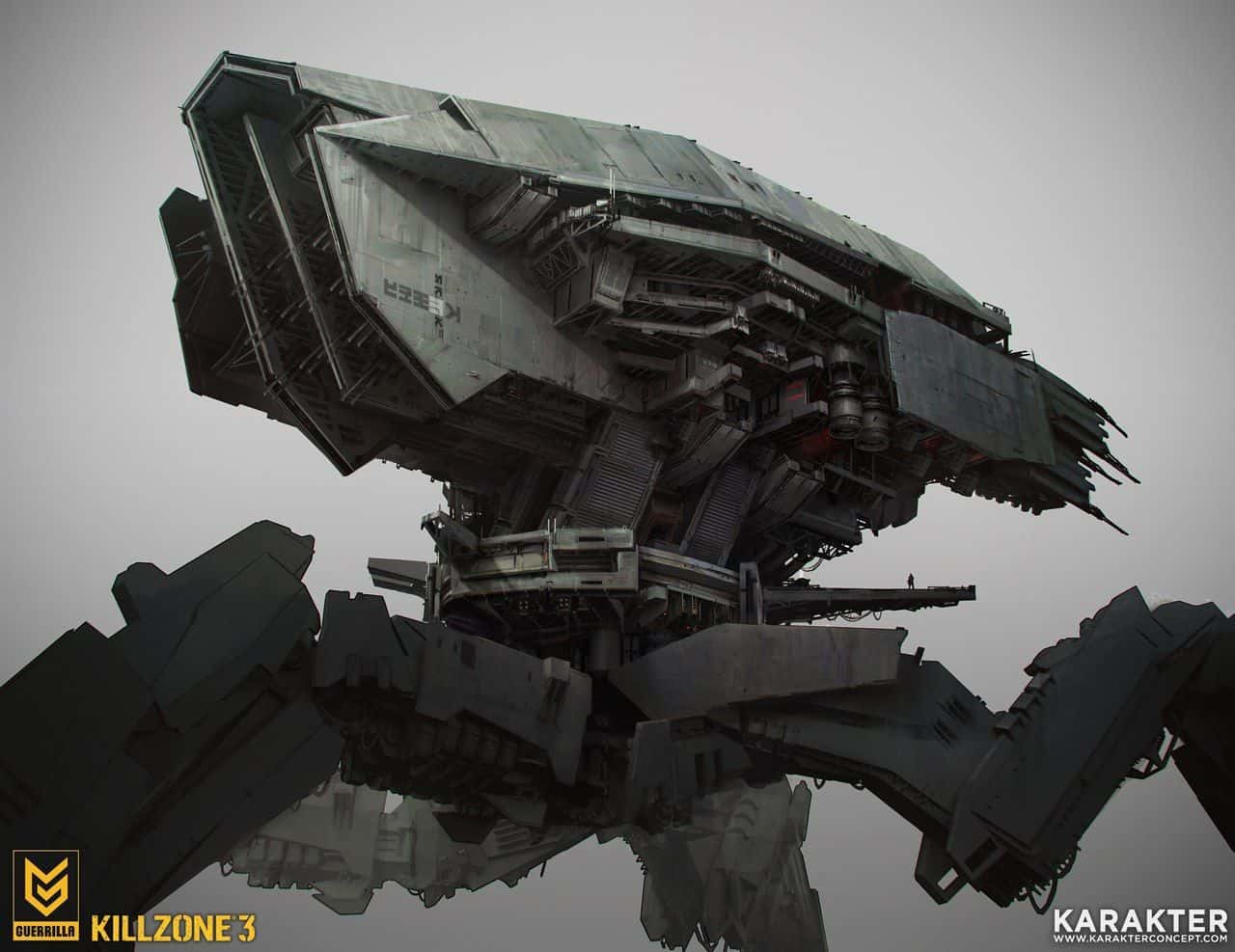 With Killzone: Shadowfall due to launch at the end of this year as a launch title for PS4, we look back to it’s predecessor, Killzone 3. It’s a visually stunning game, with cool vfx and memorable enemies, the Helghast. We’ve featured the character art of the game before, the work of Rudi Massar. Killzone 3 also started with great concept art, ome of them come from KARAKTER a concept art and design studio based on Berlin, Germany. KARAKTER have contribute to many high quality title games and movies such as Ubisoft’s Anno series, Game of Thrones tv series and of course Killzone 3. 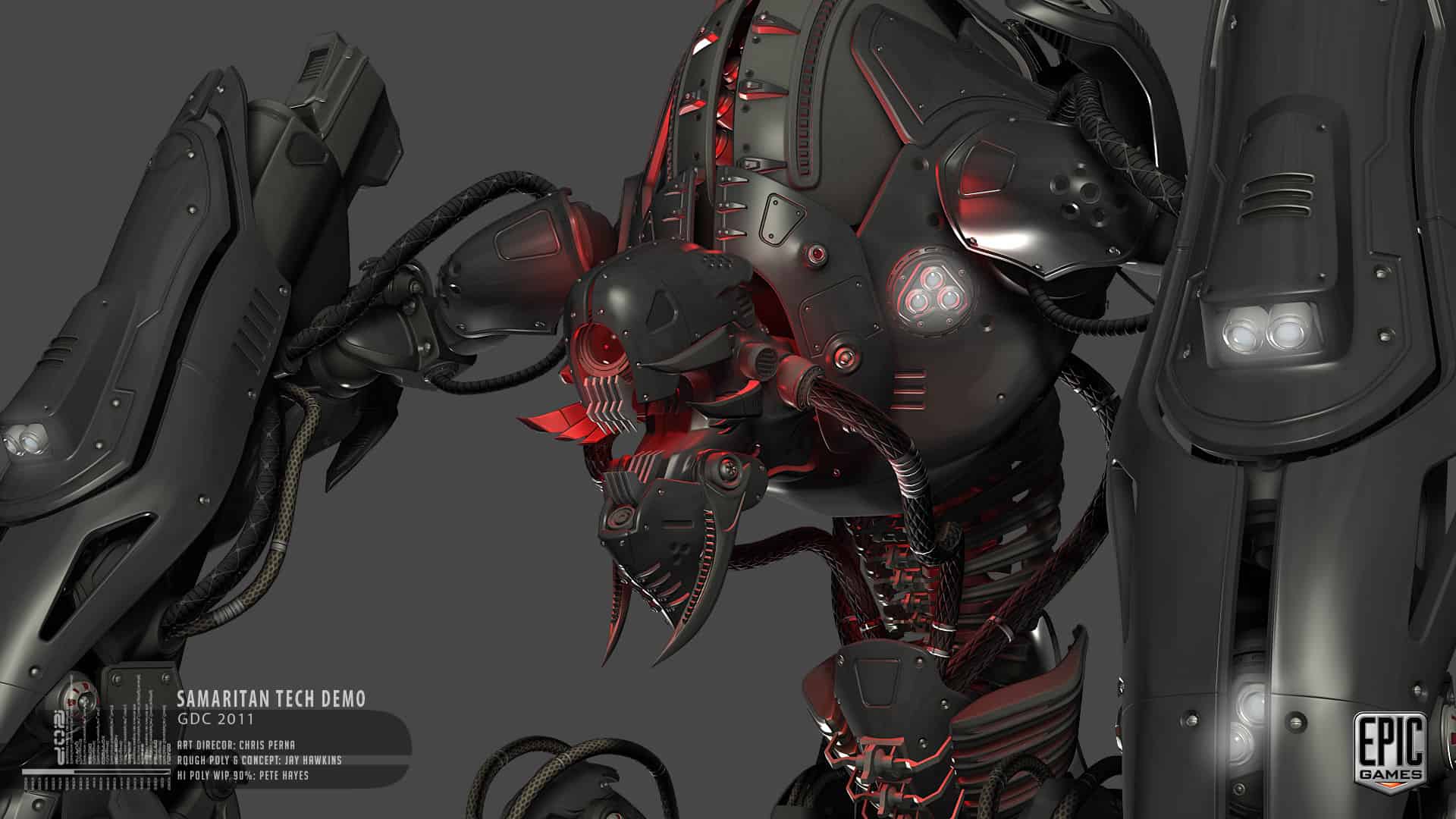 We have feature the latest Epic’s tech demo on previous post. The 2 demo wasn’t the only demo made by the Gears studio, back in 2011 at the Game Developer Conference, Epic released their real time tech demo for their Unreal engine called Samaritan. It was a pretty mind blowing as everything was running at real time and featuring many cool feature such as tessellation and displacement, Image-based reflections, subsurface scattering, bokeh depth of field, etc. These feature now available for UDK, the free version of the engine.

Pete Hayes is one of the artist working at Epic that contribute to this phenomenal tech demo. He made the weapons and many other assets used in it. Other than this he also worked on Gears of War series as well as the Unreal franchises. Below are some of Pete works on Samaritan tech demo. 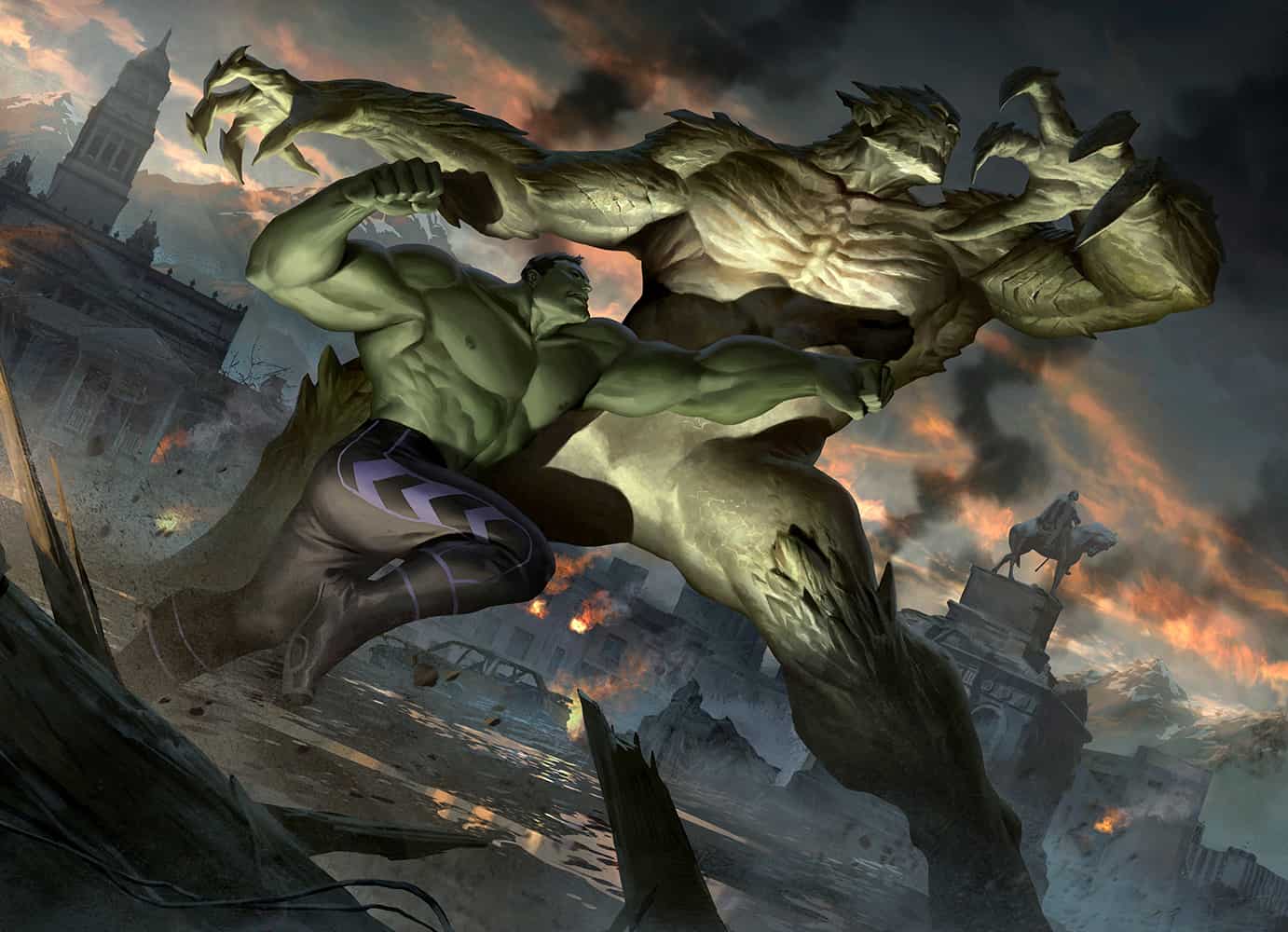 Avengers Initiative is a mobile game by Marvel, released for IOS and Android platform, it features loads of Marvel super heroes such as Hulk, Captain America and many others. The graphic quality of the game is exceptionally good for a mobile game, with detailed character and beautifully crafted environment.

SIXMOREVODKA is an outsource studio in Berlin focusing in 2D artwork and related service. This studio have contribute to series of concept art and marketing images for Avengers Initiative, most notably the main banner of the game featuring Hulk and Super Skrull. 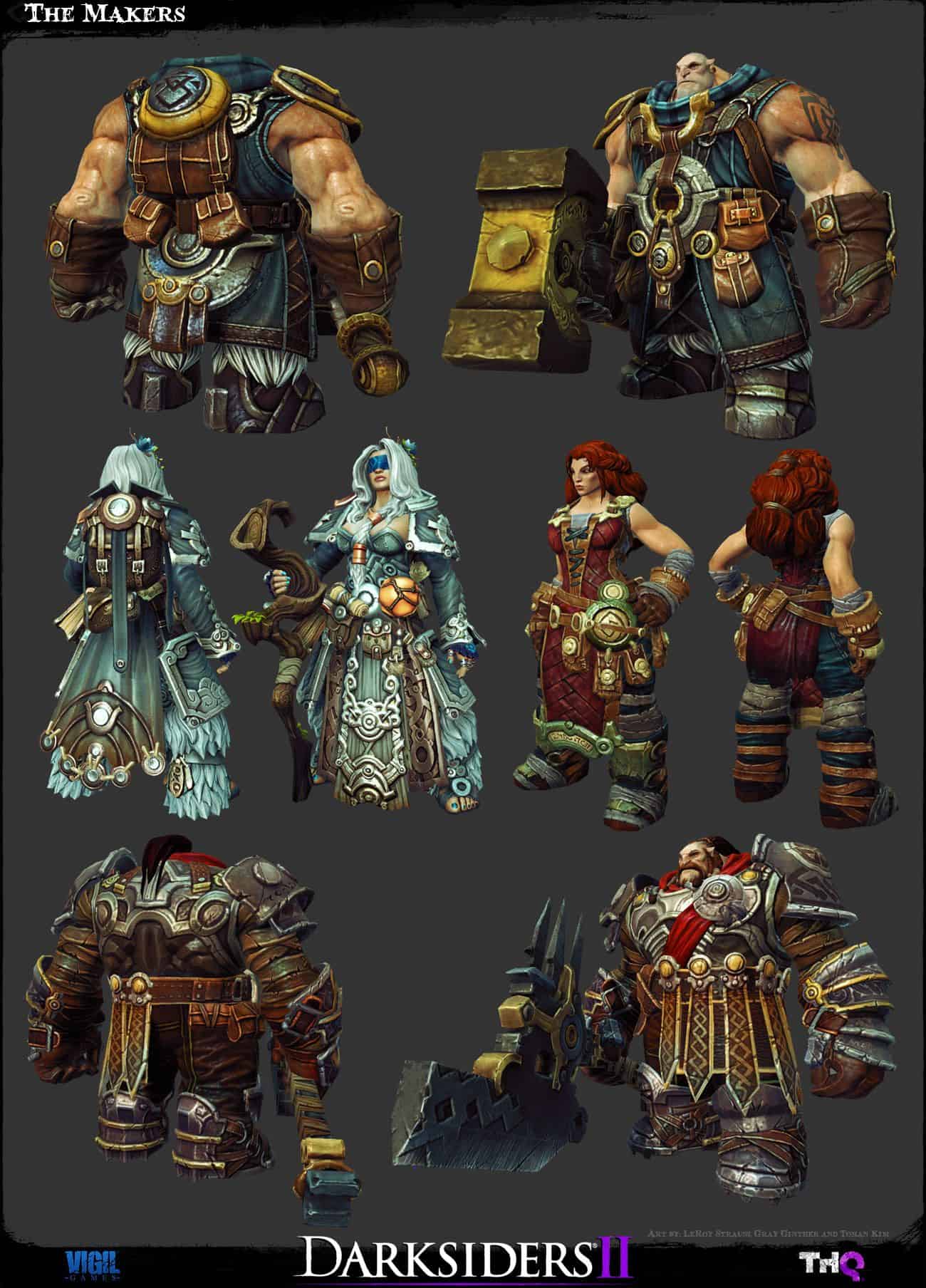 Darksiders 2, latest game released by Vigil Games have distinct Joe Mad art direction with bold detail and comic book style character and environment. Unfortunately with THQ going bankrupt, the studio (which is owned by THQ) might going down with it, which means we won’t know the story of 2 other horsemen Conquest and Famine, sad day for video game industry 🙁 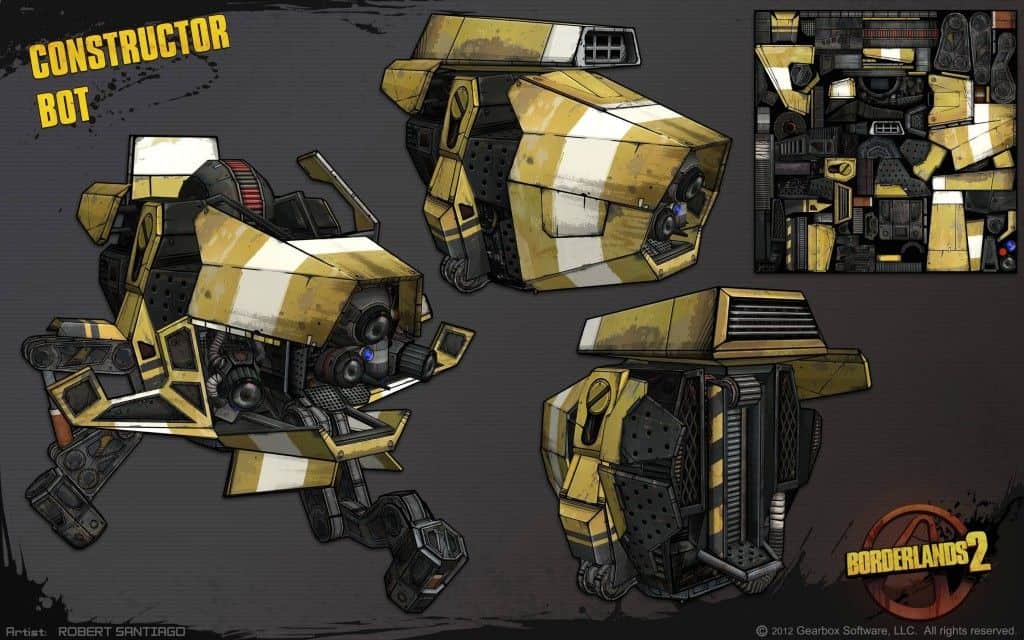 Weapon And Props of Borderlands 2 by Gearbox Software

The amazing people at Gearbox Software have successfully finished their game Borderlands 2, which look and play amazingly. Below are some of the weapons, vehicles and props from the game, interesting art direction and amazing execution by the team.